Latest progress on the Shackleton AEW. As can be seen I've dropped the Elevators to give the Aircraft some character. The large Radome under the fuselage of the Shackleton housed the AN/APS 20 scanner. The Radar itself by the time it was fitted to the Shackleton, had originally been used on Royal Navy Douglas Syraider's and then Fairey Gannet AEW.3 aircraft. 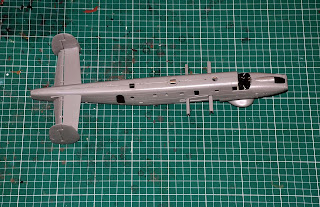 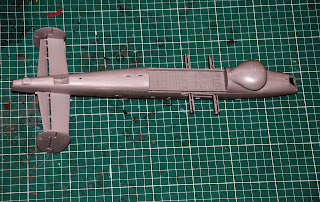