She's finally done, all based on my own research. So the model is my interpretation of Boeing B-17G-30 42-13909 "Nine-O-Nine" of the 323rd Bombardment Squadron of the 91st Bombardment Group "The Ragged Irregulars" of the Eighth Army Air Force, based at Bassingbourn. The Red wingtips and empennage denotes the 1st Air Division of the 1st Combat Wing. "Nine-O-Nine" completed 140 missions (18 of these to Berlin), also three Luftwaffe fighter's were claimed by her gunner's. "Nine-O-Nine" was returned back to the United States on June 11,1945 and was then sent to the RFC (Reconstruction Finance Corporation) at Kingman in Arizona and was sold for scrap on December 7, 1945. 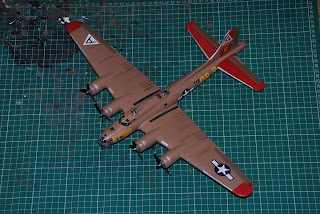 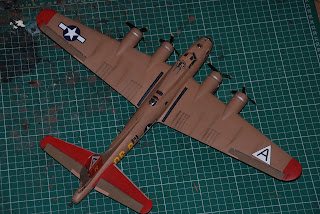 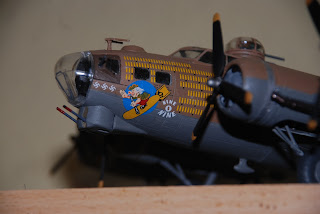